Can a Company Have Two Presidents?

One of the top questions we get from new business owners or established businesses making changes in management structure is whether a company can have two presidents. Although there is nothing technically barring a company from sharing the responsibilities of president between two people, there are legal and practical reasons why this is not always feasible and in fact, a bad idea all around to have two presidents.

The Role of President

Can a Company have Two Presidents?

The answer to whether a company can have two presidents often depends on the by-laws of the company in question. Most bylaws will specify that the role of president is to be fulfilled by a single individual. However, most bylaws also permit the Board of Directors of the company or its shareholders to amend the bylaws so as to delegate additional responsibilities to others. There’s nothing technically barring a company from delegating duties that a president would normally fulfill between two people.

Legal Problems with Having Two Presidents

Even though a company could take the steps to amend its bylaws to authorize dual roles of presidency, or delegate part of a president’s duties to a second individual to share the responsibilities, there are legal problems that result from doing this. The President of a company has fiduciary duties to the company and must report to the Board of Directors of the company. If a company had two presidents, there would be no way for one president to enforce the rules of the company, hold accountable, discipline, reprimand, or otherwise supervise the other co-president. Only the Board of Directors of the company has the authority to control, fire, hire, supervise, and otherwise manage officers, such as a president. Officers do not have any authority, as a general matter, to control the performance of other officers. This could make it extremely difficult for the company to conduct business on a day-to-day basis.

The role of the President also has legal authority vested in the position. It would be an undermining of one president’s authority of the co-president took actions specifically contrary to what one president agree to, signed, or authorized. Because there is no way to guarantee that two people will agree on everything at all moments of time into perpetuity, it is often impracticable, unwise, and that idea all around  to have two presidents.

Another administrative problem with having two presidents is what names go on the paperwork. Running a business requires reporting to the IRS, Secretaries of State, and a variety of other governmental agencies on the business’s activities. Generally, there is only one person fulfilling the roles of president who is identified as president of the company in all of this paperwork. Having two presidents at the same time cannot only cause confusion among governmental and administrative bodies, it can lead to questions about which President is authorized to do which tasks. Because it is not possible to outline every single task that a President is responsible for, it naturally leads to confusion about legal authority, and whose role it is to do what.

If your company is contemplating having two presidents, it is often because there are two individuals who both instrumental to the founding of the business, and it would be improper for either one of them to have a lesser title then the other.

Under these circumstances, think of alternative ways an alternative titles that would allow both individuals to be recognized for their talent, skill, and effort brought to the business, without causing confusion and paperwork problems by having two presidents. For example, one individual can be a CFO and the other can be COO. Or one can be a CEO one year and the other can be a CEO the next year. Regardless of what you choose, the best choice is to simply have one president, and reduce headaches, administrative burdens, or legal problems by trying to satisfy two egos at the same time.

Check out our complete line of handy forms and templates for California small businesses. 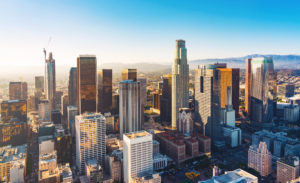 Download Our Entire Suite of
Templates, Policies, and Procedures

Have a question that is not answered? Submit your question below so we can help other businesses by contributing to the knowledge base.

Contact us for a free consultation.
No Risk. No Charge.