Janus v. AFSCME, Koch Bros. and the Destruction of the Middle Class and Unionized State Employees 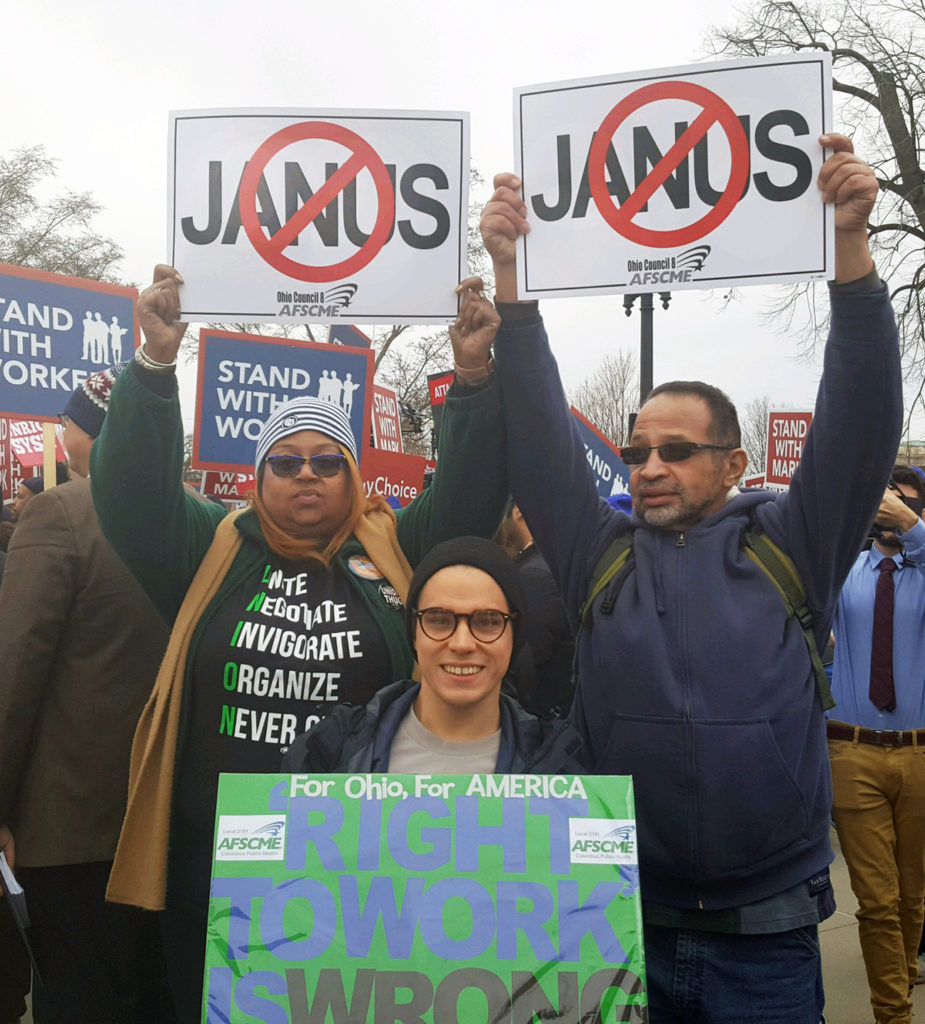 Today, on the last day of its term for the year, the U.S. Supreme Court issued a ruling widely being criticized as a crippling blow to unionized employees, which constitute some of the largest contingents of America’s rapidly vanishing middle class.  Affected employees not only include all state governmental workers, but teachers unions, police departments, fire departments, and numerous other public interest industries that have long been infamous for paying employees substandard wages, providing insufficient resources, and eroding budgets beyond what could be considered minimally necessary to perform those duties effectively.

These are the same employees who are generally responsible for providing American families nationwide with the most crucial public services (law enforcement, first response, public education, social service offices, post offices, and other state  governmental services.) Unions and the unionization process were the great equalizers that allowed the collective bargaining power of these employees to achieve better working conditions,  grievance procedures, and basic benefits in a landscape of reduced budgets and ever-increasing expectations.

Over the years, numerous attempts were made by largely conservative forces (that have long been waging battle against organized labor) to gut unions and cripple the power of unionized employees.

The most recent attempt involved challenging state laws in approximately 22 states that required non-members of employee unions to contribute a portion of fees towards the operation of the union (“fair share fees”), even though they were not dues-paying members.

Through a lawsuit brought by an Illinois child-support worker,  Mark Janus, an argument was made that these state laws violated First Amendment / Free Speech rights of the non-members and therefore were constitutionally unlawful.

The case made its way through multiple courts, including the Seventh Circuit Court of Appeals, and finally, June 27, 2018, the U.S. Supreme Court sided with Janus and took the position that mandatory fair share fees were unlawful. It was the U.S. Supreme Court’s last decision for the 2018 term.

A Few Statistics on Unions and Unionized Employees

Before we get into what the decision actually says and what this holds for the future of unionized employees, a few major figures and statistics:

Who is Mark Janus?

What Does the Janus v. AFSCME Decision Mean for Unionized Employees?

Some Key Quotes from the Ruling

Judge Alito (reputed as a “hard right conservative“)  was the author of the opinion. Here are some of the highlights of the ruling:

Contact us for a free consultation.
No Risk. No Charge.