Axis provides full-service representation of clients in the Film and Television Industry.

We  represent a variety of clients in the film and television industry, including actors/actresses, directors, production companies and producers, casting agencies, screenwriters, promoters, and others. Our Film & Television practice focuses on transactional matters,  contract negotiations, and disputes involving the film and television community. 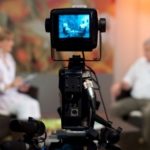 Axis represents numerous types of clients involved in and connected with the film and television industry, whether consisting of the studio/company side, producers and production companies, as well as talent. Our clients include but are not limited to the following:

► Types of Film/TV Projects We Represent

Having experience and industry knowledge of the film and television business is crucial for providing reliable legal advice. Our clients come from a range of genres spanning multiple fields and areas, including but not limited to the following:

Did you know that our clients’ legal dollars are hard at work giving back to the community? Axis is a significant donor and supporter of a multitude of charitable giving projects in the community as well as nationwide, donating a portion of legal fees to a variety of underserved needs and causes. Check out at our latest charitable giving projects below, and know that in supporting Axis, you are helping us improve hundreds of lives.

The talent at Axis has been recognized nationally for its legal services in a variety of publications, news outlets and other channels across the nation and internationally.

Axis has represented a wide variety of business clients  in numerous deals, transactions, contracts, agreements, disputes and legal matters. For information on how we may be able to assist you, please contact info@axislc.com.

GET A QUOTE NOW

Contact us today for help with your legal project.