Looking for the Right TV Lawyer?

We represent Television clients
throughout Los Angeles, California, the U.S. and
from 22+ Countries Internationally

***  No attorney-client relationship exists until we are retained through an engagement agreement.  By submitting a request you are agreeing to this Site’s Terms and Conditions.

Axis represents numerous types of clients involved in and connected with the  television industry, whether consisting of the studio/company side, producers and production companies, as well as talent. Our clients include but are not limited to the following:

► Types of TV Projects We Represent 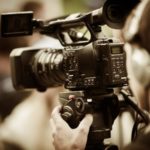 Having experience and industry knowledge of the television business is crucial for providing reliable legal advice. Our clients come from a range of genres spanning multiple fields and areas, including but not limited to the following:

► What Does an Television Lawyer Do?

Independent producers, tv production, and development companies usually need legal help from time to time.  Whether it involves development, production, or distribution, having competent counsel involved with a TV production project can be instrumental.  Generally, TV attorneys can assist with a variety of tasks, including serving as production counsel, assisting with Hollywood union (WGA, DGA, SAG/AFTRA, and IATSE) union contracts, non-union deals, music licensing, rights clearances, book, life story, literary acquisitions,  negotiating talent agreements with writers, directors, actors, voice-over talent, reality television performs, composers, casting directors, and digital media artists.  In addition, there will generally be celebrity endorsements and merchandising opportunities with successful TV projects, so negotiating favorable opportunities is just as important as securing intellectual property rights to the TV project.   With so many hands involved in financing and developing a movie or television production, you need to make sure each individual has a clear legal understanding of his or her roles and responsibilities.

► What Can a Television Lawyer Help You With?

AXIS Legal Counsel’s film and media practice includes the handling of finance, production and distribution agreements as well as talent and executive employment, union and guild contracts, rights acquisitions, and sales agreements for both established and emerging film, music and media entities. AXIS can assist with raising debt and equity capital from private and public sources to fund major studio and independent projects as well as entertainment startups.

► How Much Does it Cost to Hire a Television Attorney?

Many clients associated with the film and television industry worry that it can be too cost prohibitive to hire a experienced film and television attorney. This is not accurate. Axis Legal Counsel removes these obstacles by providing a variety of flexible fee and billing options for television production clients. Most television clients ask us to do work on a flat fee basis, task-based basis, and for film financing projects, we are able to assist on a deferred contingency basis, so that the production company pays little to no amount for attorneys fees up front. With a variety of billing options available, it is easier than ever to retain a film attorney to help with film project

► When Should I Hire a Television Attorney?

A television attorney should be hired as early as possible in the television development project. For example the production company will have to be properly formed in accordance with California laws and regulations, as will the vehicle for soliciting investments in the series. Once the producer is ready to seek investments for the film, the film attorney should be brought in to assist with the mechanics of making a securities offering, as US and California securities laws will have to be complied with.

This may involve the creation of private placement memorandums, promissory notes, production support, fiscal sponsorship agreements, as well as a business plan, production budget, timeline, and if the circumstances warrant, a financing finder agreement.

► What Kinds of Legal Issues Will I Need a Television Attorney to Help With?

AXIS Legal Counsel’s television law and entertainment practice focuses on both transactional and litigation issues faced by members of the film and television industry.  AXIS has experience with a variety of issues pertinent to the film industry, including

►How to Request a Flat Fee Quote?

The best way to request a flat fee quote for your project is to email us with what you need and, if it involves reviewing an agreement, a copy of your agreement. We will usually respond within 24 hours and provide you with the flat fee quote. Or, you can use the attached link to our form to Request a Consultation.

There is no charge for budgeting. If you would like to go forward with our firm after receiving the quote, then we would love to work with you.

► Who Will Work on My Project?

Meet our managing attorney, Rabeh Soofi. Rabeh is the founder of the firm and personally oversees all legal projects for clients. You will never be passed around from lawyer to lawyer, and your project will never be delegated to brand-new lawyers with no experience. We have a “clients first” approach, so we work very closely with clients to develop a good working relationship based on trust and mutual respect. Clients are never routed through receptionists or secretaries to have calls screened –  you will have direct access to your attorney, without any intermediaries, all the time, whenever you need help.

► Tell Me More About Your Firm …  I Really Need a Good Law Firm Behind Me.

We feel the same way! Axis places a huge focus on helping film clients get fairness and fair deals, and we genuinely approach each client engagement as an opportunity to help the growth of emerging or established entertainer. We develop strong relationships with their clients, often over the course of many years, and maintain a very collaborative working relationship with clients, decision-makers, and others, that is based on trust, mutual respect, and a team-based approach to helping the entertainment or creative professional growth.

►   What are Past Clients Saying About You?

There is no catch! Axis counsels and represents television clients every day, all week long, every month, throughout the year. We routinely represent film clients from all genres. We love helping emerging and established television and motion picture professionals.

Our talented legal counsel has been quoted in a number of press outlets, including the following:

►Our Awards and Accolades

Our talented legal counsel has  consistently been recognized for excellence in legal services, and has been rated or ranked by Avvo, SuperLawyers, Euromoney’s Definitive Guide to Leading Litigation Lawyers & Law Firms, Los Angeles Magazine, and others.

*** Testimonials are not a guarantee of any success or outcome, nor any guarantees about your legal matter. Each case is unique.

We represent clients throughout the U.S. and in 22+ countries internationally.